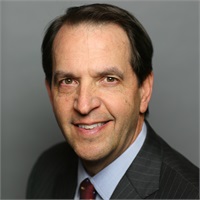 Dick joined InterVest as Vice President in 1985 and became President in 1991. Prior to joining InterVest, he enjoyed a brief career in public service. In 1988, he earned the Certified Financial Planner™ designation.

Dick is a member of the Financial Planning Association and the Washington, D.C. Estate Planning Council. He is a former Chair of the Finance Committee and former Treasurer of the Protestant Episcopal Cathedral Foundation. Dick is also a past Chair of St. Albans School, and he has served on the Boards of St. Andrew's Episcopal School and the Washington Animal Rescue League.